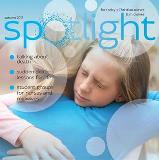 We spent seven weeks on our nursing elective working with Hospice Africa Uganda (HAU)[1] in Makindye, on the outskirts of Kampala. HAU cares for patients living with, and dying from, cancer and HIV/AIDS during the terminal stages of their illness. The role of HAU is to provide entirely holistic pain and symptom management in an accessible and affordable way.

Patients are visited in their own homes by a team consisting of a doctor and two nurses, who may be accompanied by an occupational therapist and a patient support worker. Hospice in Makindye serves an area of 20km in and around Kampala from a base in the village, but also has branches in Hoima and Mbarara, and works across the continent teaching and training health professionals and churches about end of life care.

During our time as part of the Hospice team, we gained new clinical knowledge but also learnt so many valuable lessons from the amazing people we met and cared for. Every home visit was memorable, but some hold special significance for us. One afternoon we drove out in a four-wheel-drive to the Najeera district to review Mary. Mary was 59 and had been living with cancer of the cervix for many years. Her poverty, lack of access to healthcare and the fact that she lives out 'in the sticks' meant that her cancer had spread rapidly and she now has metastases to her bladder and pelvis. Despite her pain and reduced mobility, Mary crawled out to meet us at the entrance of her one-roomed house. Although unable to communicate with her in her native tongue of Luganda, her warm smile and excitement at seeing us was touching.

She welcomed us into her home and, giggling, pointed first at us and then at a TinyTears baby doll, one of her few possessions. By this point we'd learnt the meaning of the word 'mzungu' (white person), which Mary exclaimed with enthusiasm. Over the next few weeks we got to know Mary better and realised that language barriers were no issue for God. We followed Mary's request to pray with her in English and she spoke to us in Luganda, knowing full well that neither of us understood 99% of her words.

During our care of Mary, we also learnt more about the role of traditional and herbal medicine, which Mary's family were keen to employ in her care. Even though Mary used both drugs supplied by the Hospice and the herbal alternatives from her family, we became conscious of the fact that ultimately her trust was in God, and she was patiently waiting to be free of her cancer after this earthly life. Mary taught us something of hope in the face of adversity - not hope for an immediate cure, but a knowledge born of faith that she could be healed in God's time, not ours. We became acutely aware that our English obsession with time-keeping and punctuality reflected the typically Western 'time is money' mentality that drives our society. We quickly learned that Ugandans place a different emphasis on time, which prompted us to reassess our priorities and perspectives.

In another village outside Kampala, Helen's family were coming to terms with the devastating effects of AIDS. Helen was emaciated and bed-ridden. Cryptococcal meningitis had blinded her and Kaposi's sarcoma left her struggling to breathe. Helen's mother cradled her daughter in her arms and spoon-fed her in the same way she did with Helen's baby daughter, who was now dependent on her grandmother. This stoical woman had left her own home in the west of the country to nurse her daughter through a disease which many people would prefer to run away from. However, Helen's HIV/AIDS status did not compromise the way she was cared for - her mother stayed with her as the meningitis made her slip in and out of consciousness. She told us: 'we must praise the Lord for these days we have with her here'.

Helen's family were an example of the unity and dedication that so many Ugandan families show when a family member falls ill. Family-centred care is very important in Uganda. When a patient joins the Hospice programme they become a part of the Hospice family too. This was especially significant for patients whose family members were unable to stay with them throughout the day or night.

Nicholas was one such patient, suffering from advanced Burkett's lymphoma. He was just 14-years-old: lonely, frightened and embarrassed by his disfiguring tumour. He lived in one room, with only a radio for company as his parents were both forced to work long hours to earn enough for his family, and his brother could only visit for short periods each day. HAU met Nicholas' physical needs, providing him with pain relief and meeting his requests for mango juice when his sense of taste was impaired by the cancer, making even fresh water taste foul. However, Nicholas' doctors and nurses also provided him with spiritual comfort, taking time to pray with him and share Bible passages, with the aim of lessening his fear of death. Hospice truly was feeding Nicholas' body and soul. We were both inspired and motivated by this aspect of spiritual care (which is so frequently overlooked in our practice), and returned home feeling better-equipped to meet such needs of our patients in the future.

We left Uganda covered in red dust, with our emergency first-aid kit still intact, encouraged and uplifted by our experience.

Arabella and Hannah were student nurses who were supported by CMF and the Medial Missionary Association on their elective placements.