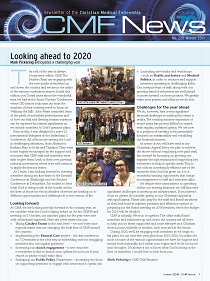 CMF, CDF (Christian Dental Fellowship) and LCF (Lawyers Christian Fellowship) organised a major series of debates on whether Christianity still has a role in the public square, particularly in health and healthcare. The debates were held at the Royal College of Surgeons, Edinburgh on 25 October. Around 140 people, Christians and non-Christians, including lawyers, doctors, dentists and lots of others gathered to hear a lively debate with plenty of contributions from the floor. There was a good atmosphere, with a willingness to listen and think about the issues. Mona Siddiqui was a brilliant Chair. Prof. David Galloway spoke well and thoughtfully against a robust opponent in Jeremy Purvis. Other debaters included Donald Findlay QC, Andy Bannister, Donald Macaskill and Paul Coleman. There was a good buzz afterwards and opportunities for some deep conversations.