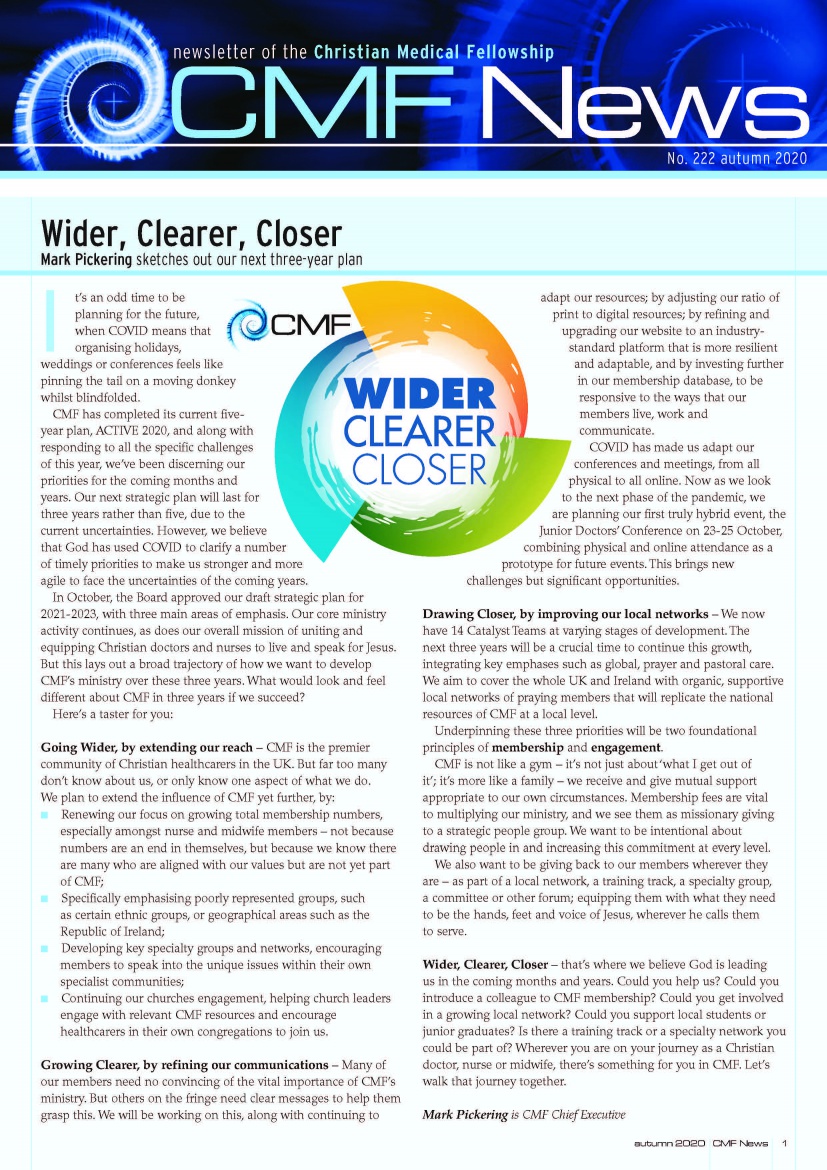 Dr Mary Baines OBE, q Cambridge and St Thomas' Hospital, 1958, died 21 August 2020. Mary worked for a decade as a GP when, in 1968, Cicely Saunders approached her to be the medical lead for the first-ever home-based palliative care team. Her core focus was always patient-centred compassion, which enlarged to embrace family members, and she taught this approach powerfully to others by role modelling it. Her own role model was Jesus. Knowing and following him was her priority, and his love and compassion shone through her. She also had a zest for knowledge and retained this to the end of her life. She would not just want to treat a patient's symptom but would always be asking why the symptom was there, and what significance it had to that individual patient.

Her 'hospice family' hugely loved Mary. These were the innumerable colleagues she has trained, guided, visited, e-mailed and prayed for all over the world. She had the ability to forge strong bonds of friendship, and these gave those working in isolated situations strength to pioneer palliative care in their settings and persevere in difficult times.It was a gift both to her and to St Christopher's Hospice that the Lord arranged that the two weeks before her homecoming were spent in the place where she had given so much.

Dr Jany Haddad, q Damascus (born Teheran, Iran, 13 March 1954, died Aleppo, Syria, 14 August 2020). Dr Jany was a monumental figure and a leader among leaders, deeply loved by many across the world, and was very well known by the ICMDA family and many CMF members. His achievements were breathtaking, and he will be very much missed. As the founder and president of both the Armenian Christian Medical Association (ACMA) and Living Hope for Family Ministries, he touched the lives of thousands, and he inspired many others to join him and share in the work to which God had called him. When the Armenian earthquake struck in 1988, killing 50,000 and injuring 130,000, he felt God calling him to help this nation and chartered two shipments of medical supplies.

Out of this grew the ongoing ministry of ACMA He also founded a Baptist church in Aleppo, Syria, and this was to become a seed which led to the planting of other new Syrian churches. In 2003, during the Iraqi war, Jany began ministering among the Iraqi refugees, with medical care, food and supplies.Through the ten years of the Syrian civil war, Jany stayed in Aleppo, operating on the wounded, caring for the sick and ministering to the broken while the bombs fell, and the bullets flew.Jany died from complications of COVID-19 on 14 August 2020. This obituary first appeared in the blog of the International Christian Medical & Dental Association (ICMDA) on 26 August 2020.

Dr Colin R Paterson, q Oxford, 1962, died 30 March 2020. He worked as a bone physician and researcher; he courageously defended parents wrongly accused of non-accidental injury until the end of his life. He was also a strong supporter of CMF and medical missions and was involved in the organisation of many Scottish CMF conferences and local meetings.