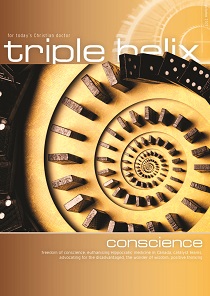 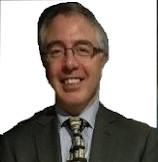 Stand up and be counted

Medicine has always been an ethical and legal minefield for Christians. One of the greatest dilemmas remains deciding who does or does not receive medical care. In every healthcare setting, decisions are made daily concerning access to care. During the COVID-19 crisis, guidance emphasised a utilitarian approach [1] without recognising a need for virtue, distributive ethics, and justice. [2] Micah reminds us that the 'Lord requires us to act justly and to love mercy'. (Micah 6:8) All health care systems have limitations, usually dictated by the ability to pay or, where health is funded via taxation, the availability of resources. The question is: how do we allocate those resources justly and equitably?

We now live in a disposable, secular society, where objects can be broken, thrown away, and replaced. Human life has come to be treated similarly. There have been repeated attempts across the Western world to destroy lives in their earliest moments and then snuff them out once their usefulness has finished. But both abortion and euthanasia may not be as successful as many believe. They may be painful and result in psychological harm, facts often ignored by proponents.

We have observed the mission creep that has occurred following the 1967 Abortion Act, introduced to end back street abortions. In 2019 [3] a quarter of all pregnancies resulted in abortion, with nine million lives lost since 1967.

In the Netherlands and Belgium, the remit for physician assisted suicide and euthanasia has increased from its narrow base with 'safeguards' limiting it to mentally competent, terminally ill adults, to involuntary euthanasia of infants and those with dementia, and to those without life-limiting conditions. There are, yet again, current attempts in England, Scotland, and the Channel Islands to bring such legislation to the British statute books.

Freedom of expression and conscientious objection are being limited. The Government wants to set up areas around abortion clinics that will stop people from sitting down and reading the Bible and praying. The courts in some provinces of Canada have removed the right to object to partaking in euthanasia.

The right to healthcare, free at the point of delivery, is sacrosanct in the UK. But public policy is making it increasingly difficult for those on the margins of society - the homeless and those with insecure immigration status to access care. The right to health is a fundamental human right. Yet, many in society appear happy to see this denied to some. Scripture reminds us to 'Love your neighbour as yourself' (Luke 10:27) and that 'God...loves the foreigner residing among you, giving them food and clothing.' (Deuteronomy 10:18), and that we are to '...love those who are foreigners...'. (Deuteronomy 10:19)

It is time that Christians stood up to be counted. The Church needs to take a more vigorous stance, and we as healthcare professionals need to consider our position. Do we watch and do nothing, or do we stand up to be counted? Do we seek to act justly (Micah 6:8), defending the vulnerable and standing up for our right to do so? Consider your role in advocacy and what form that may take within your workplace or in society.

Triple Helix publishes a diverse and eclectic mix of articles in each edition that often coalesce to form a theme. In this edition, articles explore the meaning of Micah 6:8 in practice, discussing freedom of conscience globally and the Canadian experience around its limitations due to the legalisation of euthanasia. We look at advocacy and what it means for us as Christian health professionals.

We hope these stories will inspire and challenge.

Future editions of Triple Helix will have broadly planned themes. We will be accepting articles for the Spring and Autumn 2022 editions on the themes of 'justice' and 'transitions'. If you want to write on either of those themes, please get in touch. But if you want to write on totally different topics, we will still consider articles on any theme that is both Christian and health related.

We look forward to hearing from you!

David Smithard is a consultant in Geriatric Medicine at Lewisham and Greenwich NHS Trust, a Visiting Professor at the University of Essex, and Editor of Triple Helix