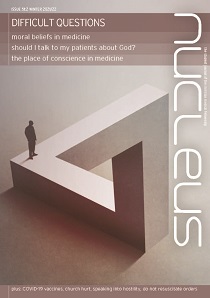 Review: Book: 2084: Artificial Intelligence and the Future of Humanity

When I was in hospital recovering from an operation a few years ago, I was visited by a robot. It was part of a project being piloted in the hospital to cheer up bored and lonely patients. It stood on my tray table (it was only two or three feet tall) and we had a chat (the robot being fed the answers by one of the researchers sitting outside). It then told me some jokes and did a dance. At the end it took a bow…and promptly toppled off the table onto the floor.

It was a fun diversion, but a long way from passing the Turing Test, let alone having the motor skills of a child his size!

In my feedback to the project team, I questioned the premise of the plan. Surely the kind of money it would take to develop robots to really be able to interact effectively and bring a smile to patients' lips would be better spent recruiting real live humans to do the job? There are many tasks robots can do better and more efficiently than humans; wouldn't it be wise to leave some spaces where we are not obsolete?

In his recent book, 2084: Artificial Intelligence and the Future of Humanity, John Lennox explores the project of artificial intelligence (AI) and artificial general intelligence (AGI), and their implications for the human race. Lennox is not a Luddite; his book is not a doom-laden exhortation to shun technology in all its forms. On the contrary, he welcomes some of the AI technologies already used in healthcare. The cautions he does offer, then, perhaps carry more weight because of this balance.

One of his concerns is around the move towards upgrading humans. Much of his book is an exploration of the thought of Noah Yuval Harari as expressed in his Homo Deus. Harari claims that 'the first major agenda item in the twenty-first century is going to be a serious bid for human immortality' (p.86), and the second will be 'to ensure global happiness' (p.87) by 'upgrading' us to the status of gods. In other words, in our desire to enhance humans we will, essentially, end up abolishing them. The project is not to make better, more capable people, but to make something better than people.

Lennox devotes the final third of this little book to a biblical reflection on the themes he has covered, and particularly this push towards self-deification that Harari articulates. He shows how Jesus was the true Homo Deus — the man who was God — and argues that Jesus' resurrection shows us that far from avoiding death, we have been given the power to transcend it and to truly live forever in perfect happiness and peace. 'Humans', he says, 'need saving much more than they need upgrading' (p.176).

2084 is an accessible introduction to some of the terminology around AI and the questions it does and should raise, particularly for those with 'transcendent ethical convictions'. It focuses more on literature about these big questions (by Harari, Dan Brown, CS Lewis, John Gray, Ray Kurtzweil…) than on the technology itself, but for readers interested in the ethical questions surrounding AI and human enhancement, it is a useful primer whose bibliography will be a valuable resource in itself.

Jennie Pollock is Head of Public Policy at the Christian Medical Fellowship,