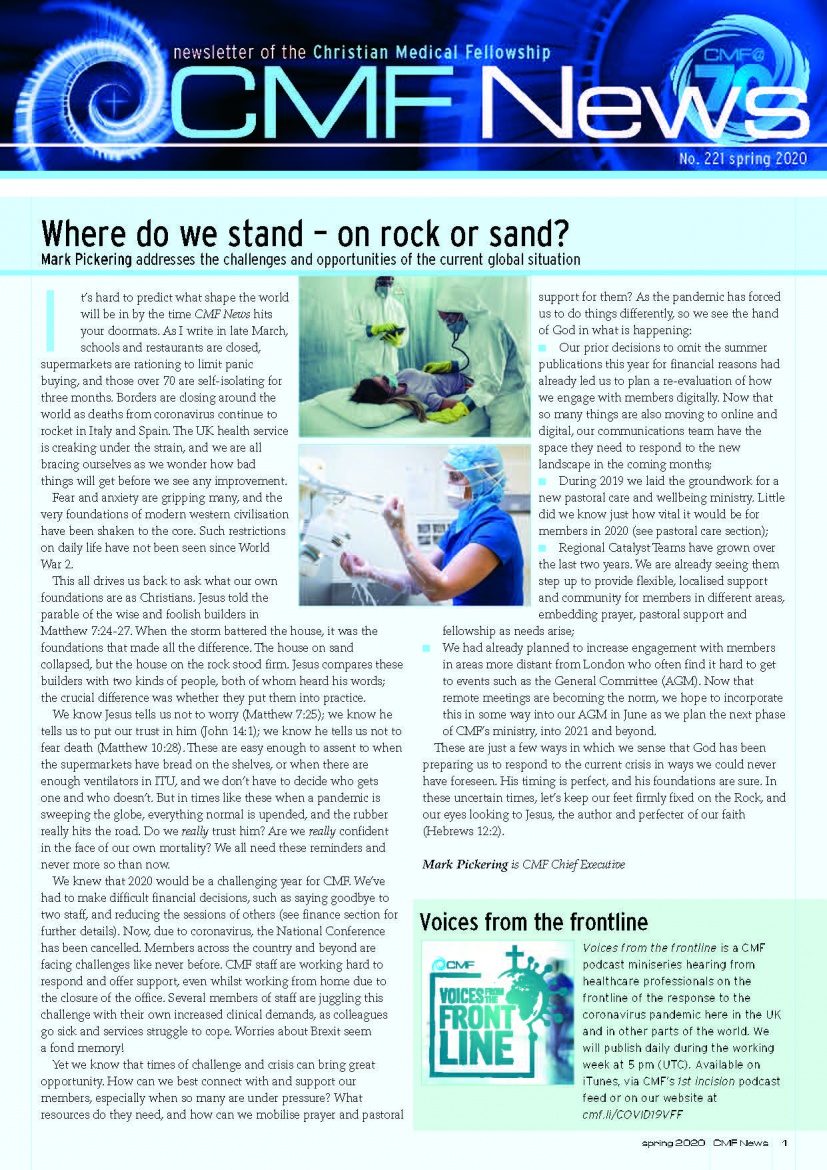 Jenny Pollock, Associate Head of Public policy on the continued opposition to assisted suicide
We thank God recently for several pieces of good news around assisted suicide. First, the Tynwald (the Isle of Man's Parliament) debated assisted suicide and unanimously voted to take no action at the current time.
Next, a Westminster Hall debate rejected Christine Jardine's call for a parliamentary review of the law. Many MPs spoke out strongly against assisted suicide, citing the experiences both of Oregon and, more recently, Canada. Both jurisdictions have seen a rapid extension of the scale and scope of the law.
Then the Royal College of General Practitioners (RCGP) released the results of their members' poll on the College's position. With 47 per cent of respondents saying the College should remain opposed to a change in the law, 40 per cent in support and eleven per cent supporting a neutral stance, the College decided to retain its opposition.
Finally, the Royal College of Physicians (RCP), who last year controversially took up a neutral stance on the topic, have clarified their position to emphasise that they do not support a change in the law. Campaigners for assisted suicide and some parts of the media had reported the neutral position as meaning the College had 'dropped its opposition' to assisted suicide. This was not what the College intended it said last month.
The British Medical Association (BMA) also polled its members on the subject. The BMA has been clear that 'The results of the survey will not make BMA policy.' Rather, they will 'inform a discussion and debate on the BMA's policy position' at the ARM (Annual Representatives' Meeting). However, due to COVID-19 that has been postponed at least until September.
We are delighted with these developments and are very grateful to all who have been praying, campaigning and voting. Please continue to pray for the BMA to retain its longstanding opposition to a change in the law. Vulnerable people at the end of life need to know that the medical profession and the country as a whole values their lives and seeks to provide outstanding care for them when they need it most.

Associate Head of Public Policy at the Christian Medical Fellowship,