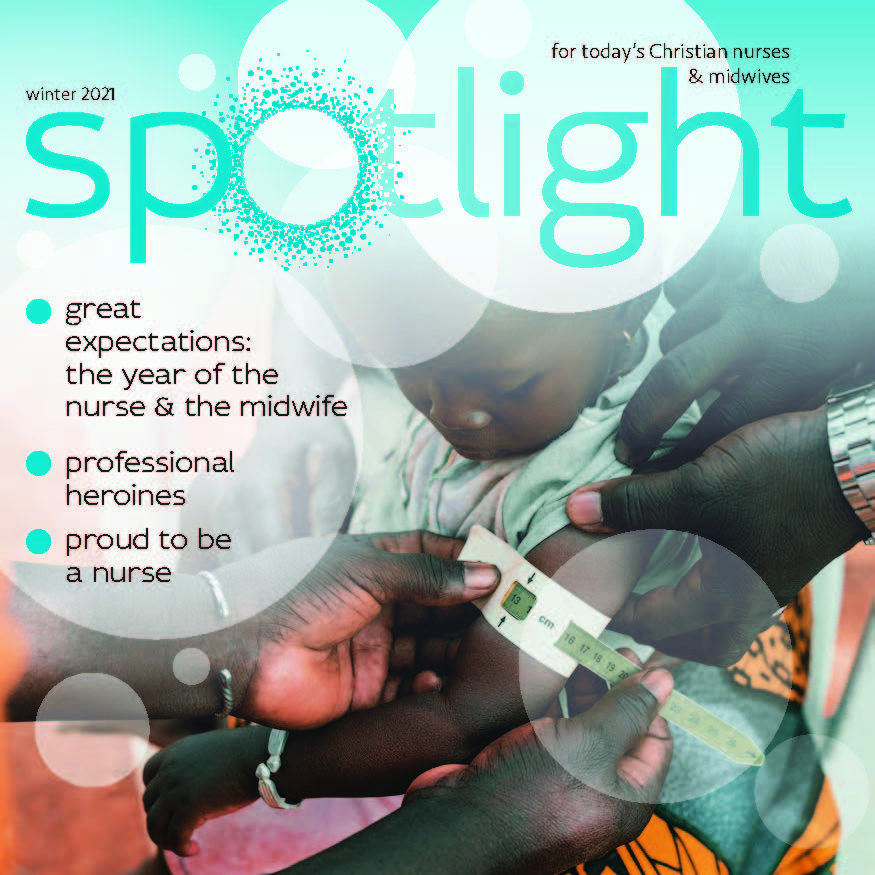 Reflections on serving as a midwife in Zimbabwe

May Hopper tells her missionary story
I had been to church as a young person, but it was as a student nurse that I became a true Christian, accepting the Lord as Saviour in the linen cupboard at Brighton General Hospital! A missionary nurse working in India, had come to visit the ward as part of her homeland experience and led me into the presence of Jesus that Sunday afternoon back in the early 70's. As God worked in my life bringing much needed healing along with meaning and purpose, I realised I too would offer to work overseas. After completing two years in Bible College, I then trained as a midwife at the Mothers' Hospital in East London and qualified in 1980.

Watching Call the Midwife would give you a great idea of my 'patch'. The experience of working with an amazing group of co-workers from a vast array of cultures and countries was second to none, as we looked after the women and their families who also represented many different cultural groups and had varied experiences and expectations around childbirth. None appeared averse to being in a faith-based environment.

In August 1980 I left the UK to work as a nurse/ midwife in the rural areas of Rhodesia, which later became Zimbabwe. I could see God's hand on this from years previously. When young, I had two dolls - Elizabeth, a white doll and Topsy, a black African doll. I apparently was heard telling Topsy that one day I would go to her country and be with babies just like her!

This was the beginning of an amazing experience in a wonderful land that knew war, civil unrest, famine, drought, disease and poverty. I very quickly realised my intention of going to give was almost nothing compared to what I would receive and learn from those fantastic people.

I was privileged to work at two mission hospitals as a midwife and tutor, though the job description changed significantly and very quickly. Learning to drive an armour plated ambulance, changing a fan belt, diagnosing and treating a variety of diseases I had never seen before, sorting out a nest of green mambas outside my porch, mending solar panels, attending water baptisms in the river, preaching in church, teaching without many of the resources available in the UK, learning and carrying out many procedures reserved only for doctors in the UK, familiarising with a completely different culture and language and realising many of the concepts and beliefs learned in the UK were unrealistic and inappropriate here. There was no Shona word for some English words and one quickly learned the reality of there being more than one way to achieve anything!

The people were so welcoming. It was humbling that though many were very poor, they would give their last chicken when we visited to bring mother and childcare to their village.

Women would be brought to the hospital on ox and carts with homemade wooden wheels and often travel for days. Some would live in the onsite Waiting Village for their baby's arrival. Others would arrive on the bus at 5am along with other patients and goats, chickens, wardrobes and coffins on the roof of the bus, which would leave on its return journey at 3pm - possibly with a patient on a drip needing to be transferred to a neighbouring hospital, again accompanied by all manner of things!

It was an enormous privilege to help women with their birthing process and to enable men and women to become midwives. However, an added and essential part of the mission work was that of praying. This included praying with every mother and baby at the time of birth, morning chapel before work began, prayers on the wards every day and with students before class and exams, prayer and comfort for those experiencing loss and heartache, and Bible studies with colleagues. The local people often expected prayer - many questioned our views of God, but few stood against him at that time.

In 15 years of living in Zimbabwe, I learned much. We shared fellowship with people from many nationalities as we worked and lived together, helping each other to grow in good and tough times, accepting each other, and experiencing Christian love in action. I made friends for life and they have become my family. Looking back, I can only praise and thank God for it all. There were some huge challenges…. But above all, I give glory to him for his provision, his grace and his presence.

Mary Hopper is a retired midwifery lecturer and missionary midwife

Mary Hopper is a retired midwifery lecturer and missionary midwife